This was initially intended to be a Christmas present, but it was getting so cold that I made it way before Christmas.

After the big success of the Artesano Superwash Merino Wool, Koen wanted a hat made with it. We searched together on Ravelry for the perfect hat for him. It was funny to see him choosing models, colours, textures. From what I was seeing, it was clear that he wanted a simple ribbed hat. We narrowed the search and we finally found the one.

It was a very simple hat but I had to make sure that it fitted him (it’s not that he has a big head, he’s just very tall and his head keeps the proportion) and that he could roll the brim enough to make sure his ears stayed warm.

So I casted on 100 stitches instead of the original 80 and I made it long enough. This wool was too thin but held double made exactly what I wanted. The result was a nice, simple, squishy, wearable and very warm hat. He never goes out without it when it’s cold. I remember now the horrible crochet hat I made him some years ago and I feel proud that I could finally make a decent hat for him. He loves it and I love it. 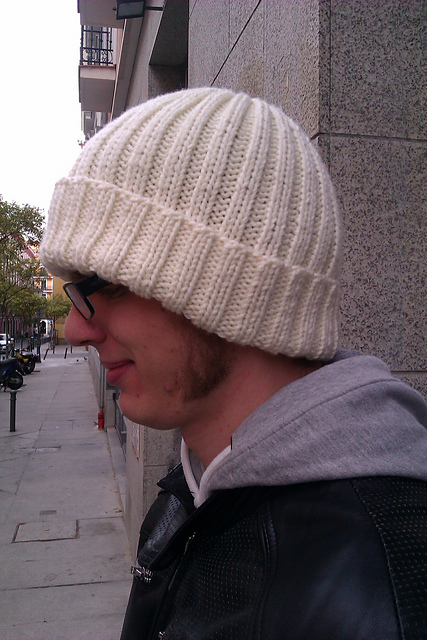 He likes that even wearing his glasses, not a draft of cold air gets inside. That was often a problem with almost any hat he wore before. 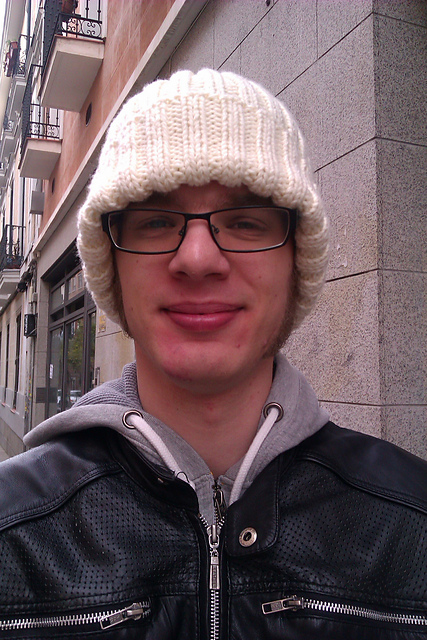