When I wore my Owls during Christmas last year, my little 2 year old niece was stunned. She loved the design and those eyes standing out. And she was only 2 years! I promised that I would make it for her one day. Her birthday is in mid December, so even this was a birthday present, it was almost Christmas!

After asking her, my sister and my mother several times, I reached the conclusion that my niece’s favourite colour was pink, yes, pink. Sure pink? Yes. So I went for Malabrigo Chunky Damask.

I started this project during a visit in Belgium (to give Koen’s nephew his presents) and I only had with me my 5.5 and 6 mm needles. Since I tend to knit a bit loose I decided to go on.

I had a little problem with the owls. This size requires 12 owls (6 on the front and 6 on the back), so it’s possible to place them symmetrically, but I didn’t realize until I was halfway with them so, after I put the sweater off for some days, asking people if it looked right to them and almost having nightmares, I decided to rip that part off and start the owls again. In fact this sweater took me ages due to the time that I postponed this decision. I understand that this doesn’t work for all sizes, but I would have appreciated a comment on it on the pattern for at least the sizes where it was possible (and having few owls it’s really visible).

I hate sewing, hand sewing, buttons sewing. So I also postponed that part and I found myself sewing 24 buttons in a train to Vigo to finally see my family and when I was supposed to have this and the rest of the presents ready. 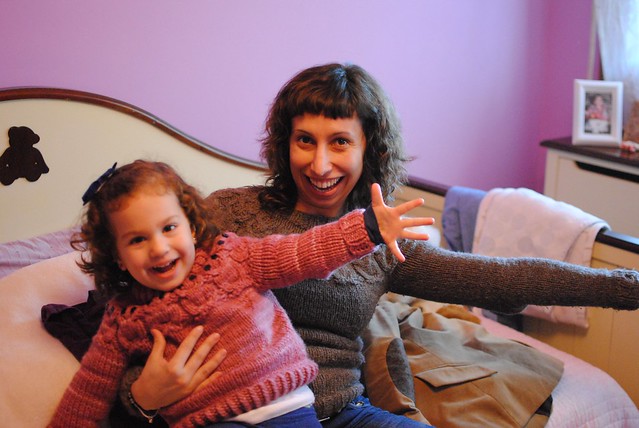 We made such a couple with our owls! 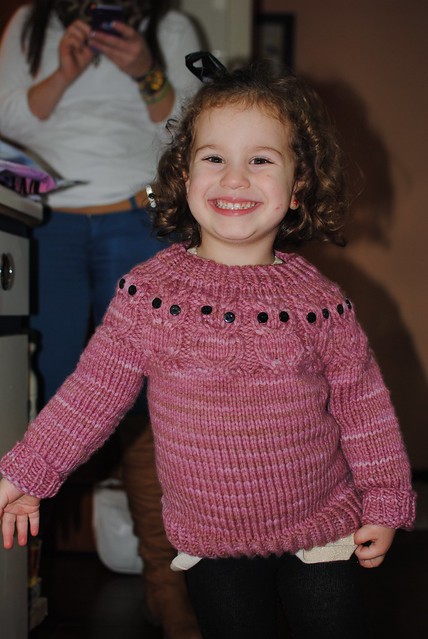 I was a bit worried by the size (clothes for children look so tiny) but finally it fitted perfectly. One of the owls seems cross-eyed in this picture because she recently learned to button and unbutton and that’s what she first tried when she saw the sweater. I put it right back just afterwards. 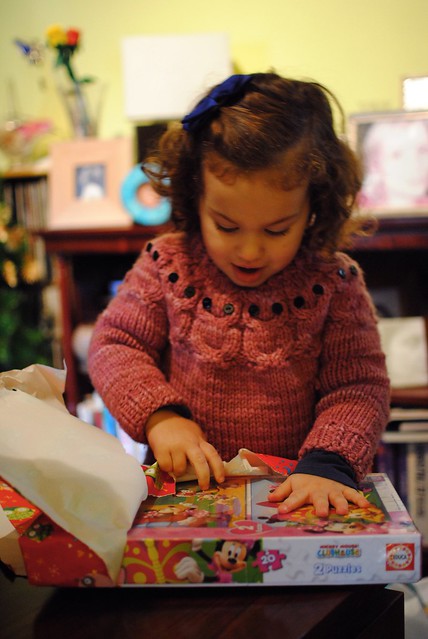