I wanted to make this for a very long time, but I hadn’t had the time for it and I think that my poor crappy sewing machine was probably going choke, so I delayed it for some time while keeping other options open.

I spent several days around Christmas at my mother’s place and she has a good sewing machine, so I gave it a try. I spent hours on it (three days to be precise) and there was a moment where there was no going back, it was too late for the other options, so I had to finish it and do it fast and right.

I had bought the fabric at La Guerra de los Botones in Madrid and the notions I got from a book I received from my boyfriend for my last birthday: The Bag Making Bible by Lisa Lam. I will properly review this book on another occasion, but I just wanna say now that it would have been impossible without it. I could have come up with a bag, maybe, but not as good as this one turned out to be, and for sure not after just three days of work. 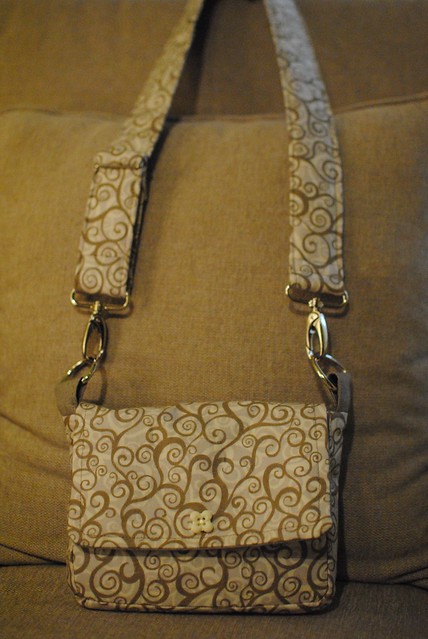 At the beginning I was not sure if I wanted to buy already-made straps like the ones I’d seen in several shops in Madrid, or if I was going to make one myself. It depended a bit on the time I had left, but after asking in several shops in Vigo, it was clear that no matter what that if I wanted a strap on the handbag I was going to make it myself. And I was running out of time, working every hour that my sister was not around: morning, evening, all the time.

Then the problem arrived when I found extremely difficult to find good and beautiful metal rings for it. After several shops, I found one where they had just one kind and one size. I was almost crying remembering the Almacenes Cobián in Madrid, with all their fancy stuff. 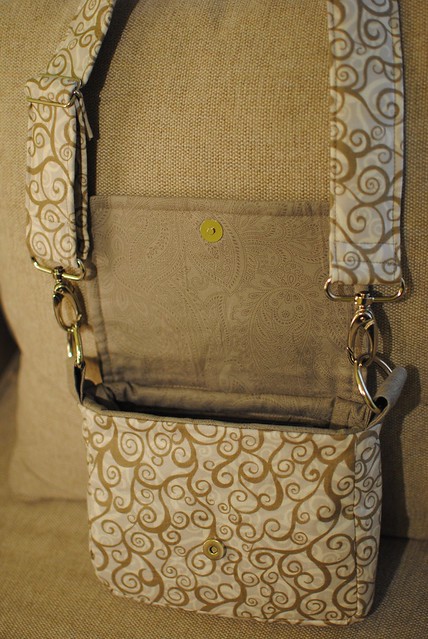 I tried to place enough inner pockets to make any girl happy. 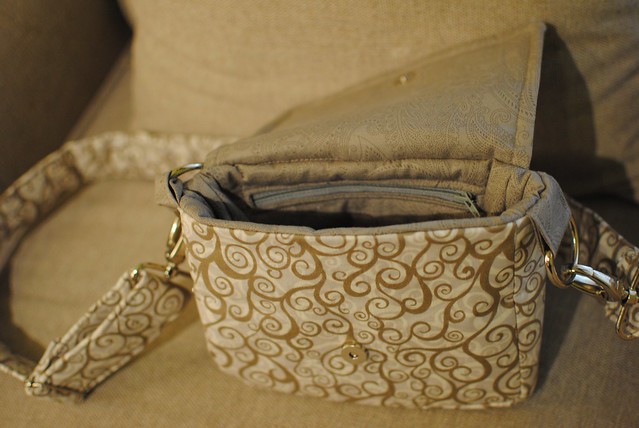 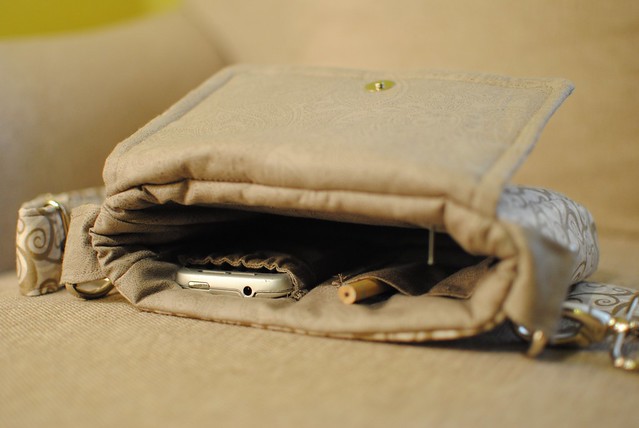 And I succeeded in surprising my sister. She was not expecting anything like this. And she liked it! 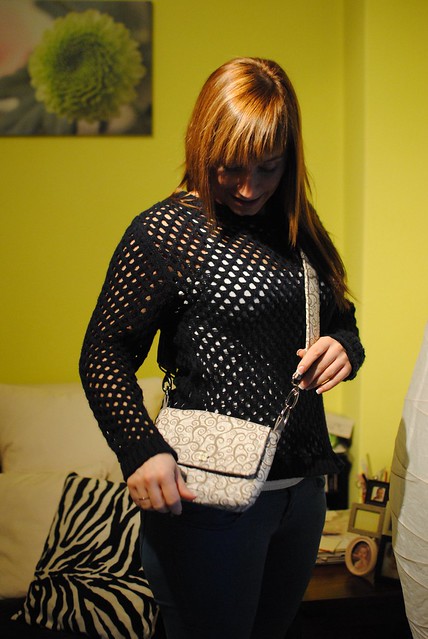 I will be posting more pictures from the making-off on another post where I will be reviewing the book. You can find all the other pictures anyway on my Flickr account.