Last Saturday I attended the first part of a spinning workshop. The complete workshop is 7 hours and it runs on two consecutive Saturdays, so we’ll have the second part next Saturday. 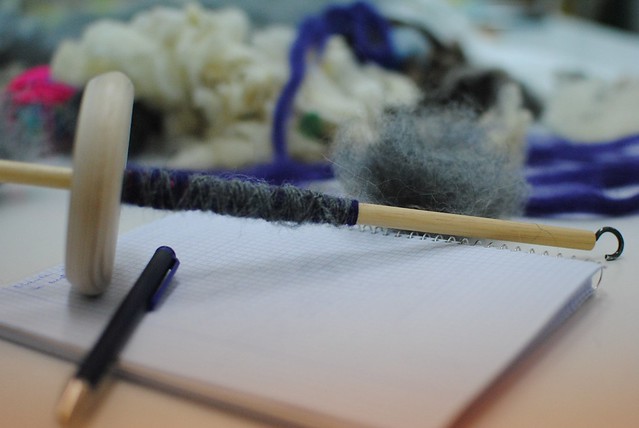 Lala came to the shop where the workshop was organized, fully loaded with fleece, fiber in several states, drop spindles and cards. I was very exciting to be surrounded by so much wool while listening to the explanations and Lala’s wisdom. She traveled several times to the UK to learn about this since the tradition is almost forgotten here. She explained the full process from the sheep to the finished wool and also explained a bit of why we don’t have very good quality wool in Spain nowadays since the merino sheep is originality from here. Sadly knitting and other wool crafts are not really trendy here and the traditions are being lost, keeping the sheeps only for their meat and their cheese. Other countries, like Australia, New Zealand, Argentina or Uruguay, have kept the traditions and have improved the first merino sheeps arrived from Spain. It’s such a pity that all is lost here. 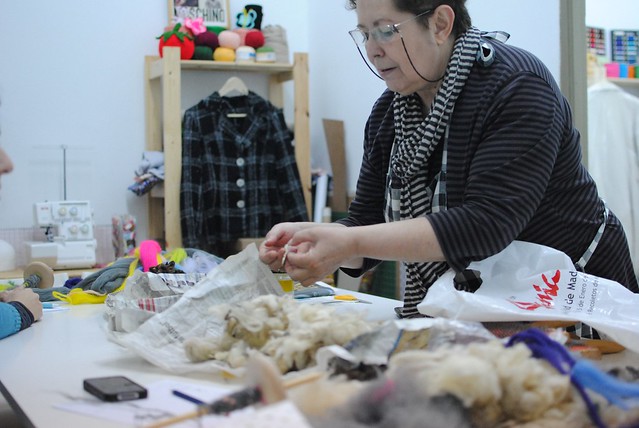 In the wool process, the oiling is a very important part. The lanolin, present in the wool from the sheep, should be removed if you want to store the fiber, in order to prevent it from catching moth, but later on we need to oil it again before carding it and spin it. The recipe is 50% of any oil and 50% of water, and it has to be sprayed on the wool, and then wrapped in blotting paper to absorb the excess of the mix. Normal newspaper could be used for this. 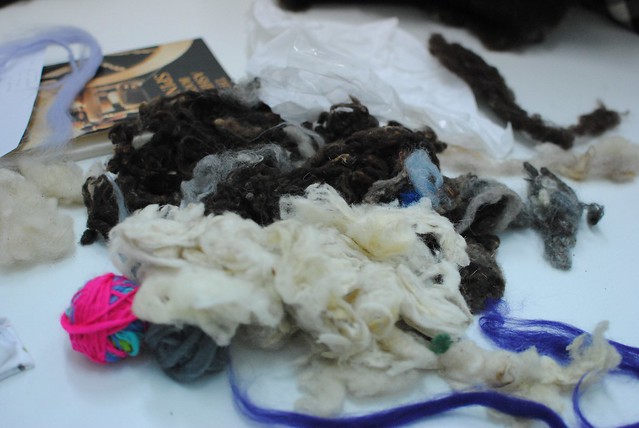 We were then spinning with traditional drop spindles, a little bit different from what we find in shops. The spindle I recently bough is a bit more modern and I find the shape of the traditional one a bit more difficult to use (the circle is on top in mine and at the bottom on the traditional), but perhaps because I got used to mine. I observed that with the traditional spindle you use it while standing up and you do everything at once being careful to be coordinated. With this method you don’t do the “parking”. I found very difficult to work like this and kept spinning like I was doing at home, grabbing the spindle like mine, and finding the shape of the traditional spindle a bit awkward. All in all my spoon wool was almost perfect and very thin. It was clear that it was not my first time. In the meantime the other two girls were having a lot of trouble. 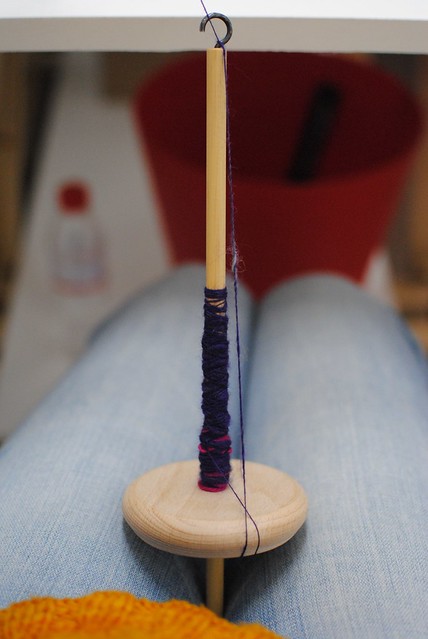 The carding was another story. It was my first time and I completely suck at it. One of the girls enjoyed it very much but I had troubles to know when I had enough fleece on my cards and then to coordinate my hands to do it right. I bought there a pair of cards and Lala gave me some fleece so that I could practice this week at home. I need to get over it! Carding can be a messy process. The fleece is already washed once, but it still keeps twigs and other stuff, plus the oil or lanolin, so an apron is needed and the floor has to be cleaned afterwards. 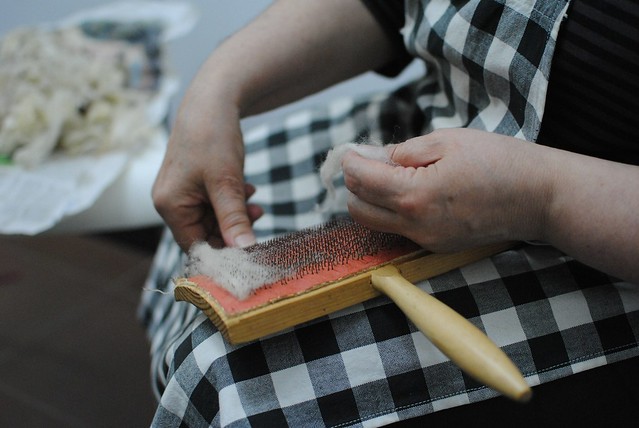 In the next class we will be plying our wool and we’ll experiment with spinning wheels. I can’t wait! 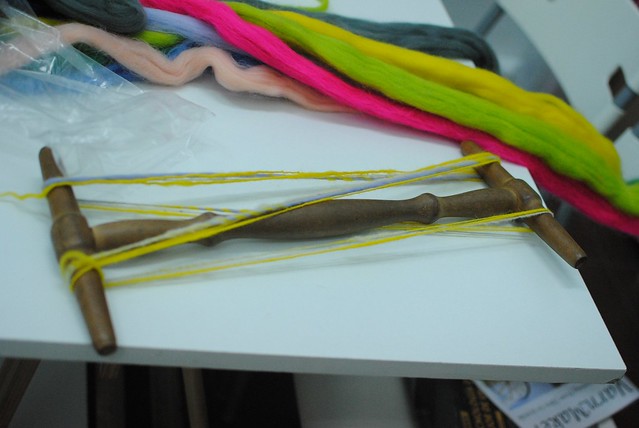