I haven’t been here for some days. You know, sometimes life gets in the way and one can’t find time to blog. Last week we had some days off and decided to take a road trip to the south. The plan was reaching Cádiz, but that was all. We still needed to get there, find hotels, come back and get lost in the way. Our first stop was Mérida, where we visited an old Roman theater which is still being used nowadays for its original purpose: 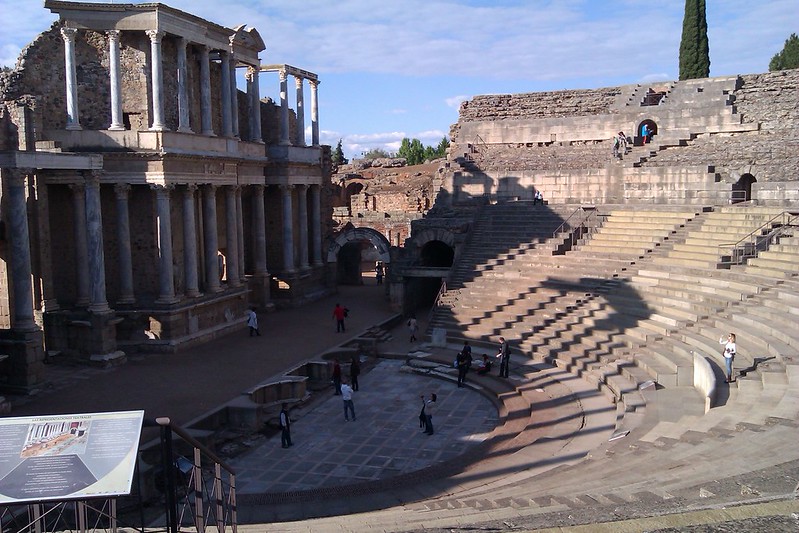 After that we continued South and visited Seville. It was getting warmer and warmer, but I’m always a cold girl and still needed my Bliss on. 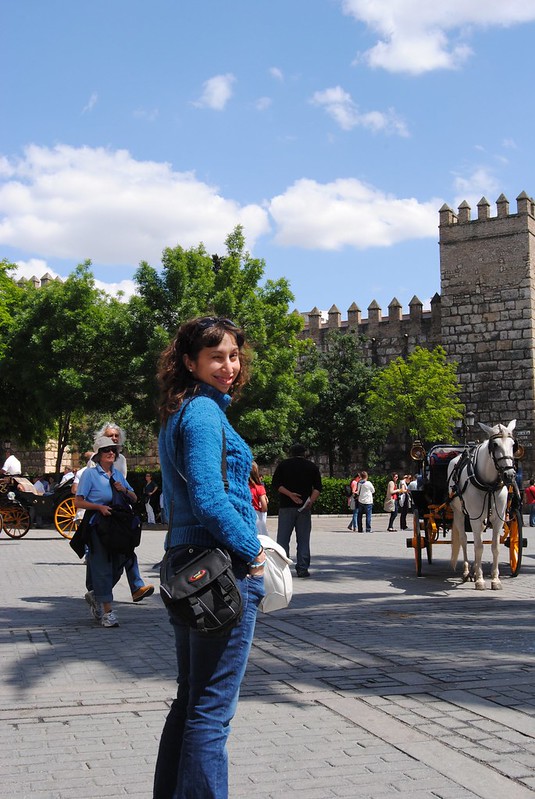 The poor thing is peeling horribly, but it’s so soft, warm and comfy that I can’t stop wearing it. Well, I have to confess that I’m not wearing it right now because the temperatures raised a bit, which means I’m constantly wearing Freija, made from a bit thinner and also more durable yarn. It’s amazing how different Malabrigo Worsted and Rios can be. And talking about Malabrigo Rios, during the trip I had a chance to finish my Scroll Lace Scarf with Malabrigo Rios leftovers from Freija: 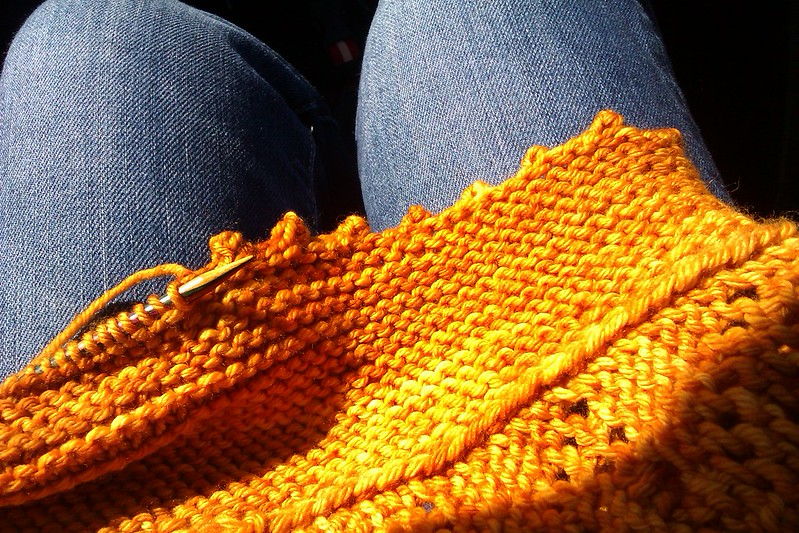 I was having doubts about either following literally the pattern or making it it in garter stitch. The border is clearly garter stitch, so after a couple of tests I decided that it would look more consistent just continuing like this. It also prevents it from rolling and I didn’t need to block it. In fact, after I finished it I couldn’t stop wearing it, admiring it, stroking it. 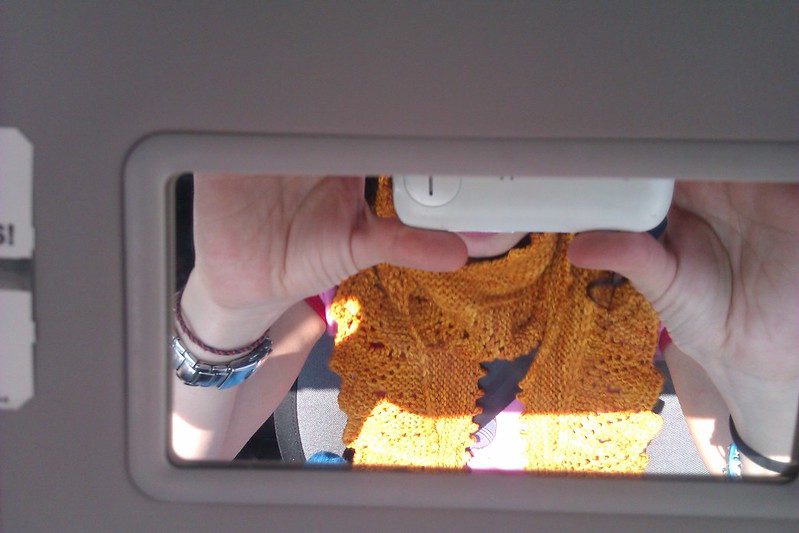 Yeah, and also making stupid pictures with my phone while it was Koen’s driving turn.

The whole point of this trip was visiting Cádiz, but I have to say that we felt a bit disappointed.  The coastline is completely ruined, since they built almost at the sea shore. 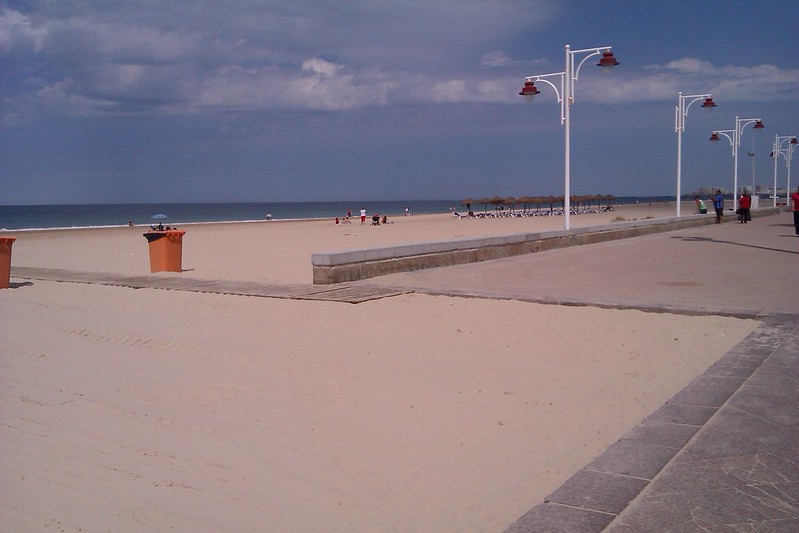 You cannot see it on the picture, but we were waking on a normal sidewalk, and just at the other side of the road there were ugly tall buildings.

The old part is a bit more beautiful, but it looks it was not really taken care of for a very long time. 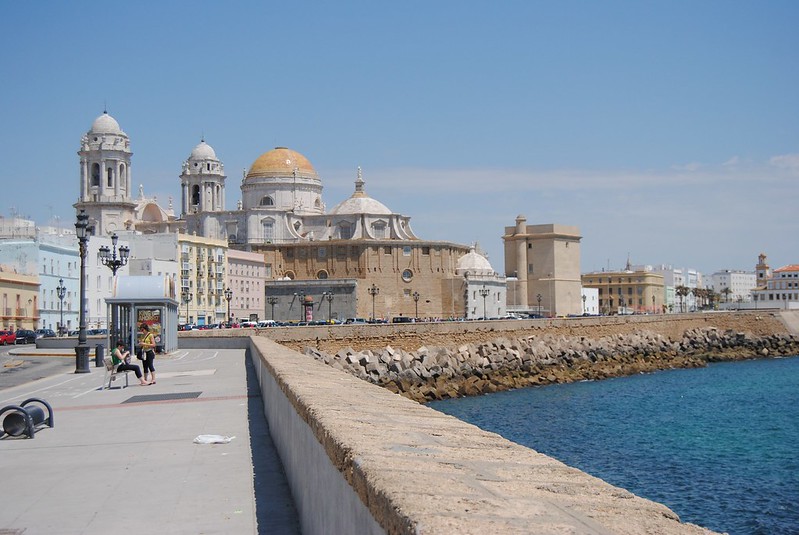 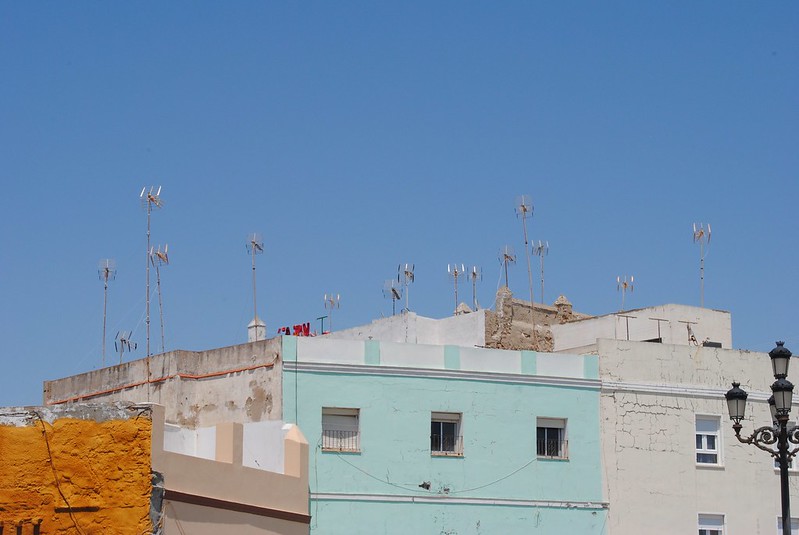 The trip highlight was Tarifa, such a beautiful city at the most South of Spain and just across Africa: 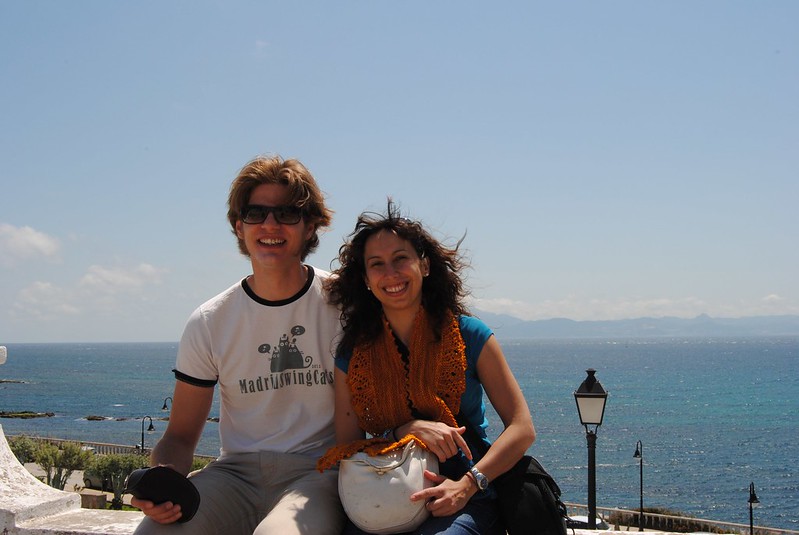 You can see Africa behind us, and you can also see my beautiful Scroll Lace Scarf that I was not able to take off my shoulders. And also my very full and ragged handbag, but please, pay no attention to it. Koen is wearing a very strong sunscreen on his chin because of an accident he had some month ago with his bike, after which he got some stitches here and there. Luckily nothing too serious.

It was very windy there, and we learned it’s a location that attracts wind surfers. You can see Koen’s long hair blowing with the air. He really needs a haircut, but we recently heard that Maxi, the local vintage hairdresser died last January of a motorbike accident. He’s really missed by the rock community here. 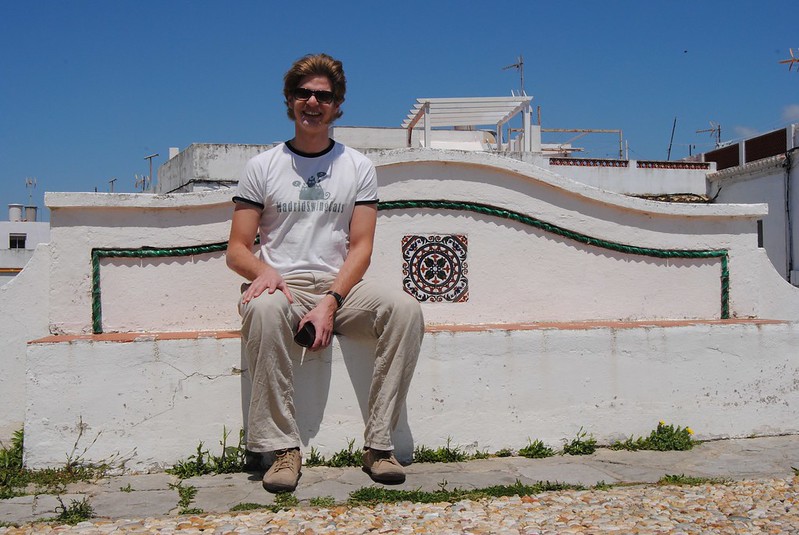 Tarifa was not only beautiful and blindly bright, but it gave the impression of receiving a different tourism than the other cities we visited. It’s definitely more taken care of, with its beautiful fountains, gardens and white buildings. 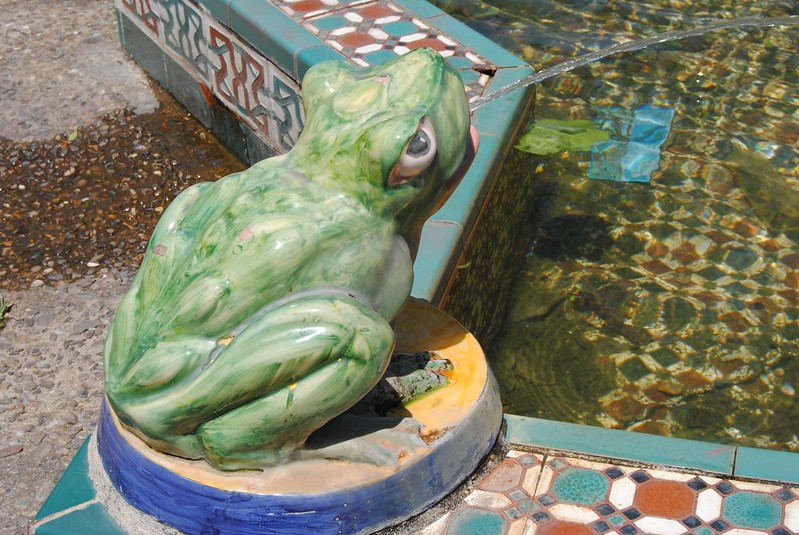 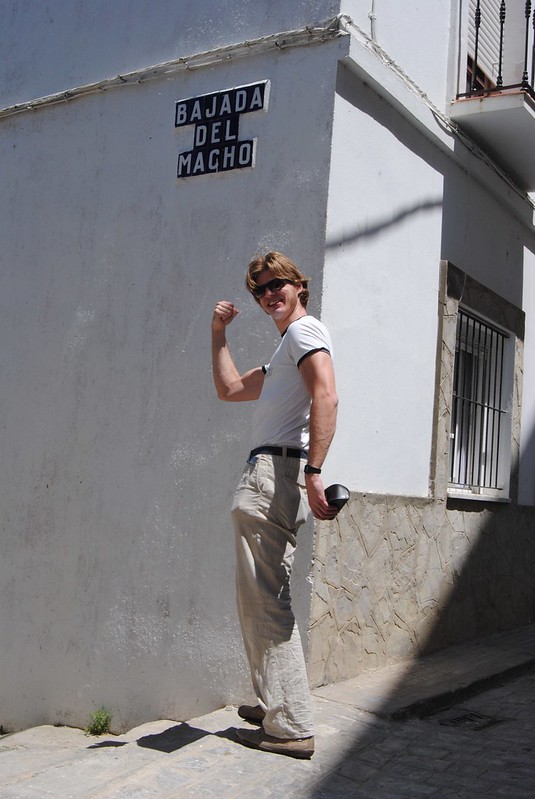 We continued the drive and expected to visit Córdoba, but they were having the local festivities and it was so crowded that we couldn’t do anything but escaping from there. 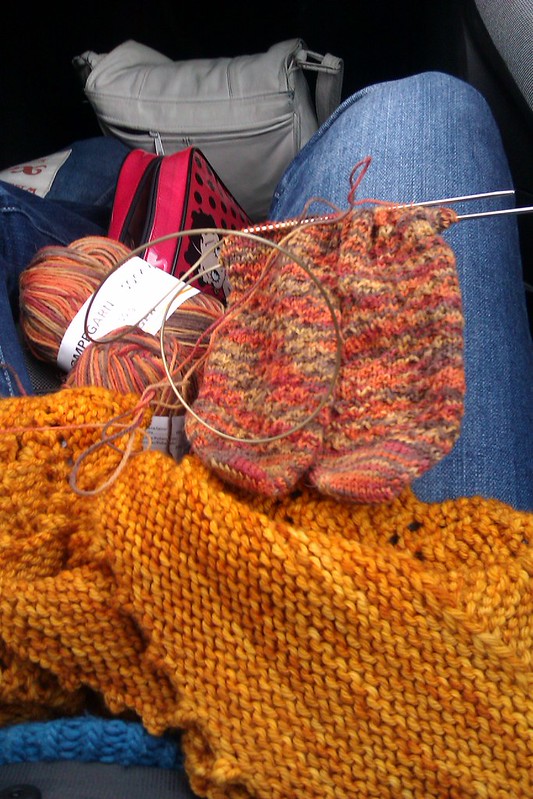 And I continued with my knitting, this time working on a pair of Hermione’s everyday socks. I made this pattern so many times that the next one will be just plain vanilla socks. I swear it!

You can find more pictures of our journey in my Flickr.