As I’ve explained in my previous post, after experimenting very high temperatures in Madrid, I felt too optimistic and packed two skirts, a pair of shorts, a dress and a half for my two weeks here. The half comes from the pieces I cut to make a Lonsdale dress, since I missed two of them and they just went back into the suitcase. I only brought a pair of long pants that I wore almost non stop since I arrived: my thurlows. But after spilling some food today during lunch at my sister’s I had to leave them go almost by themselves to the washing machine. I’m wearing now a pair of very old pants. Last time I wore them was about two or three years ago, when I arrived too late to the airport in Brussels (that time not my fault, there were just some works on the rails and we got stuck for more than half an hour) and I had to run to the gate leaving my suitcase behind. At that time these pants were already quite old.

For the rest the week didn’t go too bad. Koen’s parents enjoyed Vigo and the weather on the day we went to the Islands was the best of all the ones we had. Sadly I have no pictures from it. When I first got my DLSR I used to take it everywhere with me, but then I got a third lens, the 50 mm 1.8, and I’m on the petite side and I always find annoying to take it here and there. I’ve decided that I’ve got to put a solution to it, and that’s making my own camera bag; something big enough to also carry my wallet, cellphone and all the stuff I carry in my purse. I have checked on internet a bit and I like the Paparazzi camera bag (adding a recessed top zipper) or this cinch tote (I would make modifications to this last one too).

We went one day to Retales Lidia, where they sell some fabric by the kilo, apart from other things. Koen wanted to buy some linen for a pair of Jedediah pants and shorts. Morgan actually looked for pattern testers and I applied but I sent my email too late to be able to part take in it. I think it was good in the end, because when I’m here it’s sometimes difficult to find the right moment for sewing. We bought 3 meters of a wonderful linen and I’m planning in joining the Jedediah sewalong that will take place in August. We will be just back from Belgium and I’ll be ready to sew! They also have cotton quilt at a very reasonable price (€ 7,50) and lots of other nice fabrics.

Unfortunately I have no pictures of the fabric we bought, but I took a couple of pictures there that seemed funny to me. They sell not only fabric by the kilo but also old buttons and zippers! 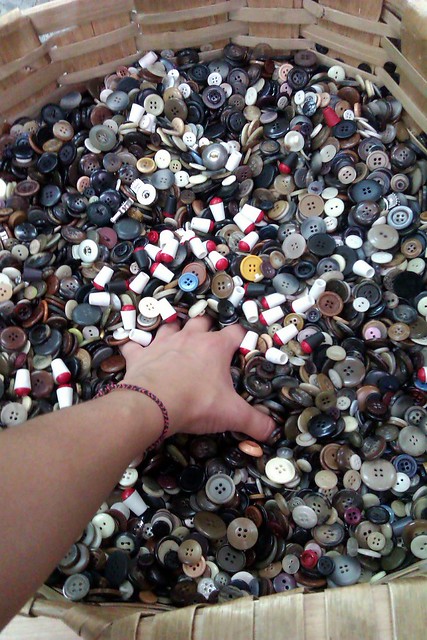 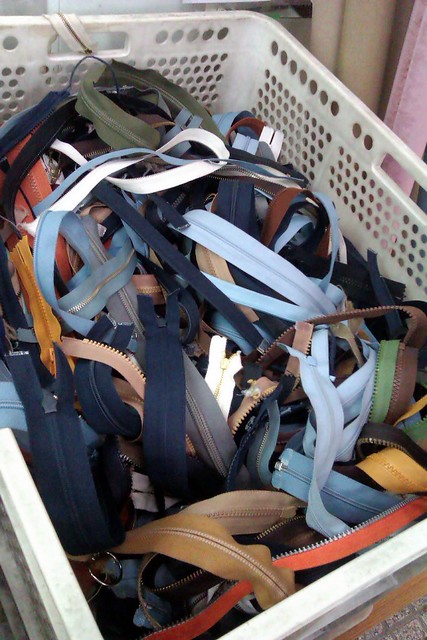