Today is my birthday. It’s been a long time since I have celebrated it, and the total of times that I did can be counted with the fingers of a hand. I dislike being the center of attention and I always prefer very small groups of… two rather than larger ones where I only feel lost and small. But this year was different. I know that we all have psychological barriers that we should overcome, and I knew this was one of mine. So I’ve decided this year to celebrate it with a small group of friends. I was quite stressed just before, I wanted everybody to feel fine and not obligated to come, but in the end it paid off. We were six (we missed one because he was out of town) and we had a nice and fun time together.

We went for dinner to a friend’s burger and then we went for a drink. After that two left because they leave outside Madrid, and the rest of us decided to go to a rock bar to dance. It was the third time for Koen and me there, and like the previous two times we danced some rock’n’roll and lindy-hop, and like the other two times, the DJ started an applause that extended to the rest of the bar. Weird and funny 🙂 I just wished it was Summer to wear a nice 40’s or 50’s dress for the occasion. But it was quite cold. We reached 3ºC (around 37ºF).

But the best of all was Koen. When we arrived home he came to me with some carefully wrapped presents in a beautiful paper (he used to be not very good at wrapping but he improved a LOT): 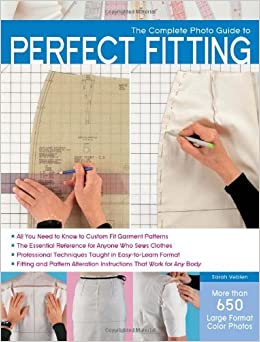 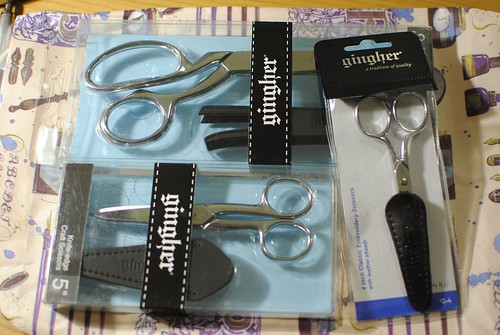 And the last one was so Koen-like: A scissors sharpening stone! 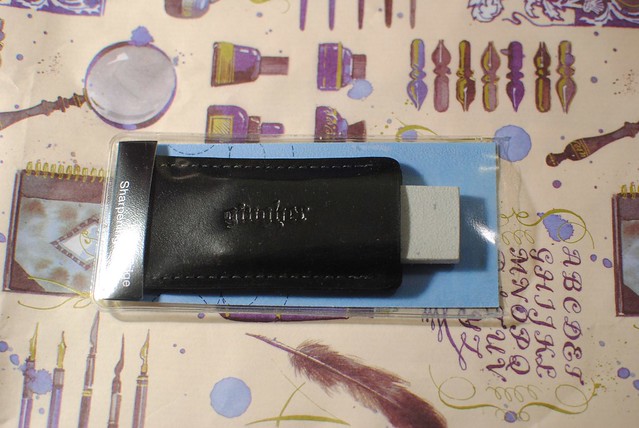 And I say that this is very Koen-like because lately Koen is very much into cut-throat razors. We are a bit of a vintage couple (when me met we discovered that both of us collected old radios and loved rock’n’roll music) and for already some months Koen ‘s been buying any cut-throat razor that he found in a decent state to restore it. He spends hours sharpening and stropping them and he even has different stones to do it. You can see us any evening watching a good TV show, while I knit and he sharpens. I know, we can be a weird couple 😉 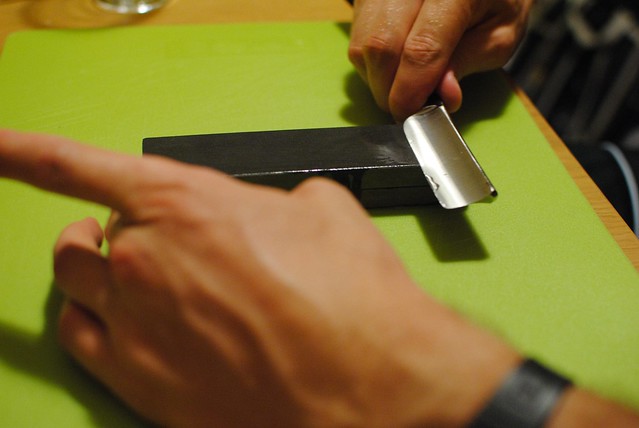 But the best was the card that came with the presents. He wrote the most beautiful and thoughtful message anyone has ever written to me. He claims that he’s not very good with words, but he surpassed any poet with what he wrote. I’m so happy and so lucky that I could explode.

And as this weekend I’m all about breaking barriers and taking initiatives I want to organize a give away. All you have to do is leave a comment on this post and the winner will get a pattern of choice up to $10 from Ravelry. Since this is just for downloadable patterns, this contest is open worldwide. It will be open for one week, until November 24th at midnight. Good luck!