My niece Paula was almost right when she exclaimed that she was going to get a sweater for her birthday. Last year she got the Owlet from Kate Davies, but this year I wanted something different, fresh, and which let me use my newly acquired sewing skills. So I opted for a hoodie. Kitschy Coo’s Reversible Zippie Hoddie fit the bill. I found nothing inspiring browsing on local shops so I finally purchased the fabric at Plush Addict.

These pictures are not the best in the world but they are the only ones I have of the process. The hoodie is almost finished now, I just need to topstitch and a add couple of extra details.

And I counted with a special assistant while making this:

This is Gerry, who arrived home almost three weeks ago. He was just 45 days when I got him and he turned 2 months old four days ago. He’s an agapornis roseicollis, also known as lovebird. The day I got him he was still eating baby food with a syringe, but decided to change fast to solid food since he didn’t want to see me too close to him.

I made this nest in crochet the day after he arrived and he’s still using it from time to time. 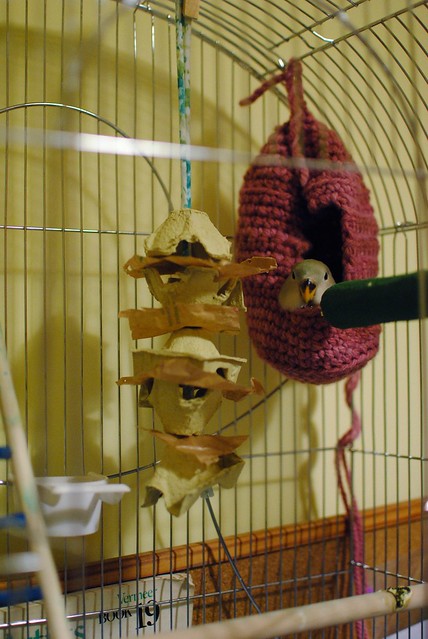 We also made some toys like the one hanging from the cage ceiling on the picture but also some others made with empty toilet paper rolls and plastic stitch markers. He loves those markers almost at much as I do. 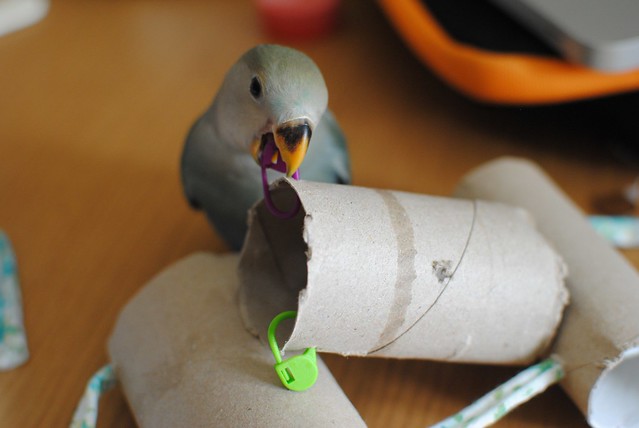 So we try to use them in several of his toys. He is really good at opening them and throwing them on the floor. 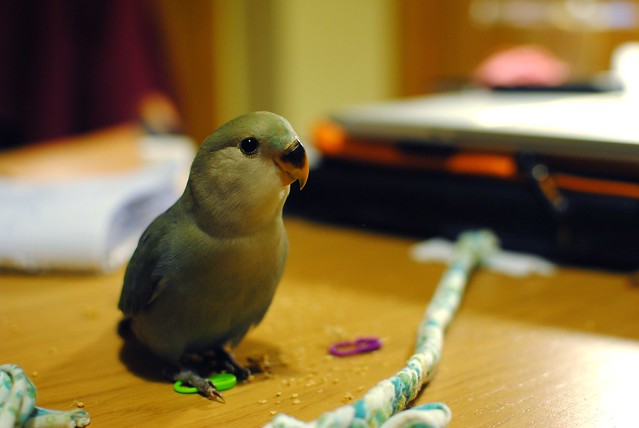 But one of his favorite pastimes is chewing on headphone cables. Knitting needles are also good. 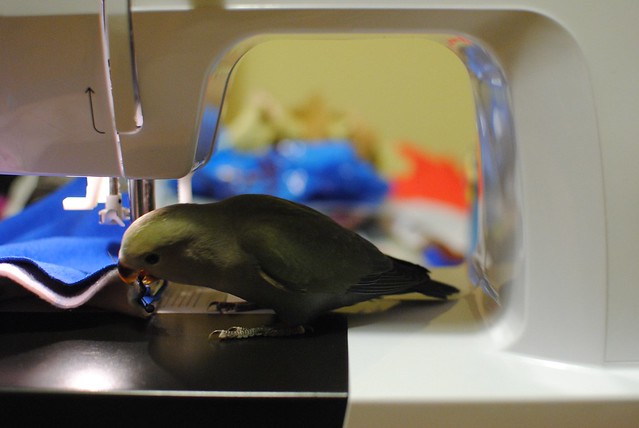 I left it free a couple of times while I was sewing and he was so curious. I had to be careful to keep him away from the needle but he also enjoyed the upper part of my machine. 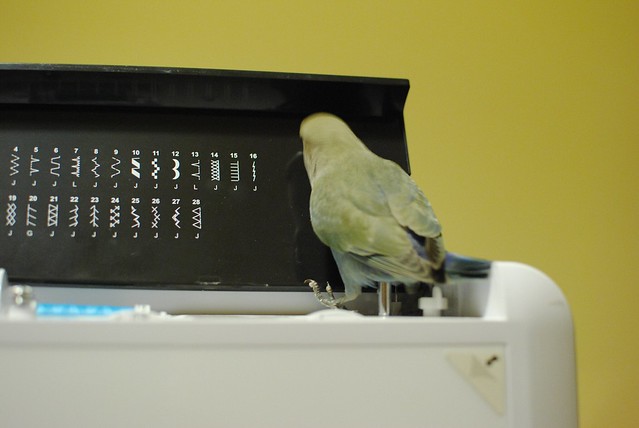 I was a bit worried at first that he was not going to accept us. It’s true that each day with us we make new accomplishments, and nowadays he loves taking naps on my shoulder.

Now I just have to remember to put my earrings on again, since he likes to play with them until he gets them off.