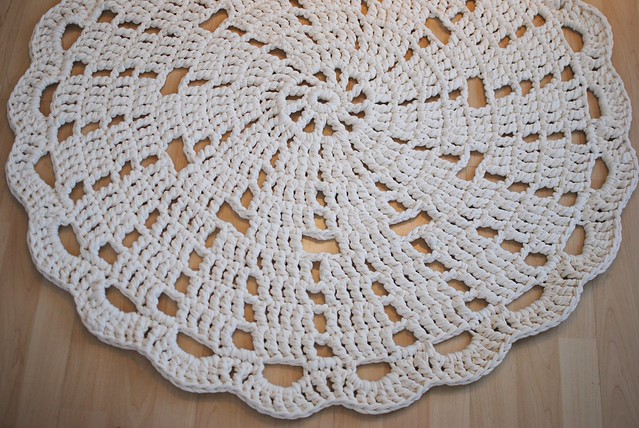 I know I’m late but anyway I want to wish you a very happy and crafty 2014. Usually I don’t like Christmas so much and this year was even worse because I had to work during the period that other enjoy. I still hear people complaining how hard is to come back from vacation. I only know I didn’t have it. But let’s stop mopping. As I usually work from home, I could go anyway to my mother’s place for some days and we event went out a little on New Year’s eve. Not in a really crazy way, we just went for a drink to a bar and talked about… knitting! Yes, we even had two men with us and they were also very interested in it. I even carried with me some circular needles because they didn’t know about them (they are not very popular in Spain) and they touched them and tried to knit some stitches. It felt unusual to me to be with old friends from university and talk about knitting, since it was not part of my life at that moment. But it was very pleasant. 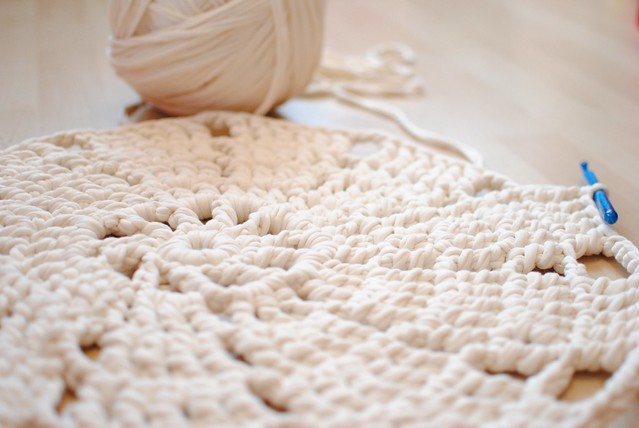 At some point Koen mentioned the crochet rugs I used to make when we lived in Brussels and I realized that I haven’t talked about them on the blog, since that was long before the blog existed. I don’t crochet these days unless I have to but it’s how I started crafting anyway. 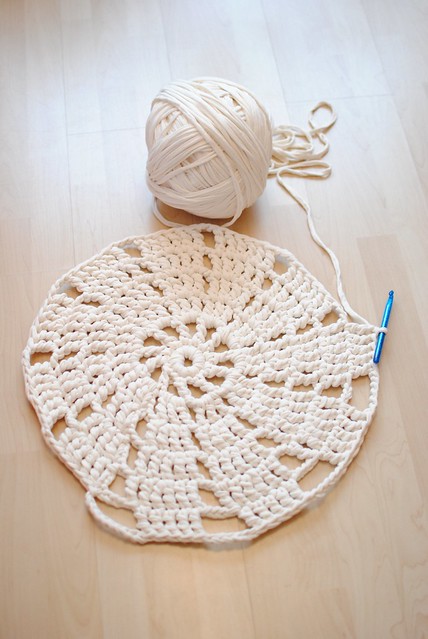 It all started when Johanna from our Stitch ‘n Bitch Brussels showed me some beautiful rugs on internet. But the prices ranged from more than €100 to almost €300, and I couldn’t pay that amount at that moment. I had the materials and I had the knowledge, so I started crocheting. I came out with a pattern and Johanna with a different one, but the results were similar. I have made a couple of rugs for ourselves and some more to gift my mother and sister. 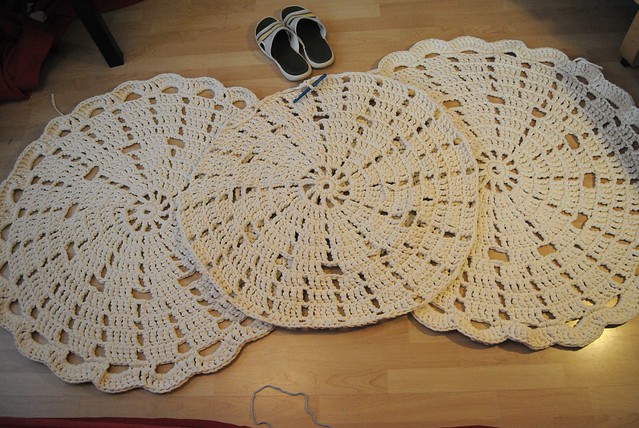 This last picture is from our living room of the apartment in Brussels. 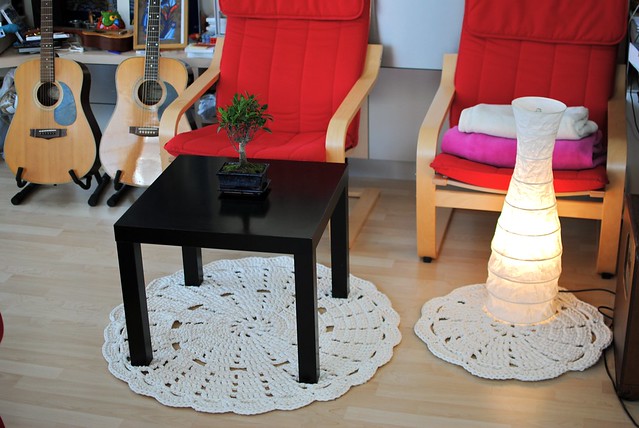 Nowadays we have the small rug on the living room and the big one in our bedroom. You’ve probably seen them in some of my project pictures. 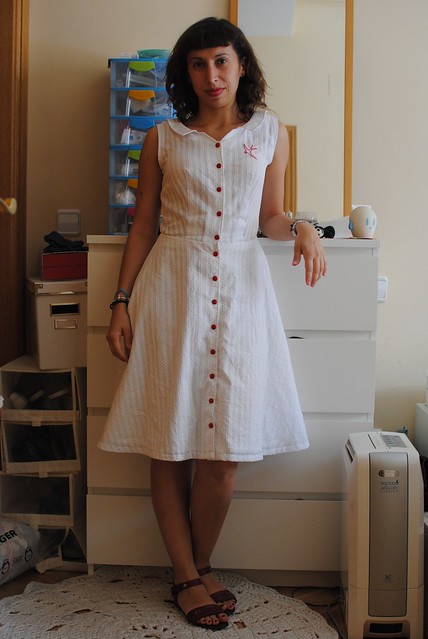 My project in Ravelry.