Before buying the serger for my birthday, Koen was doing thorough research about what it could and what it was good for. He knew that if I had a serger, sooner than later, I was going to make him underwear.

I searched online and I first came upon Thread Theory Comox Trunks, but Koen was not convinced about the style and having his precious so tightly fitted, so I searched further and found this Lekala pattern that matched exactly the kind of underwear he has. 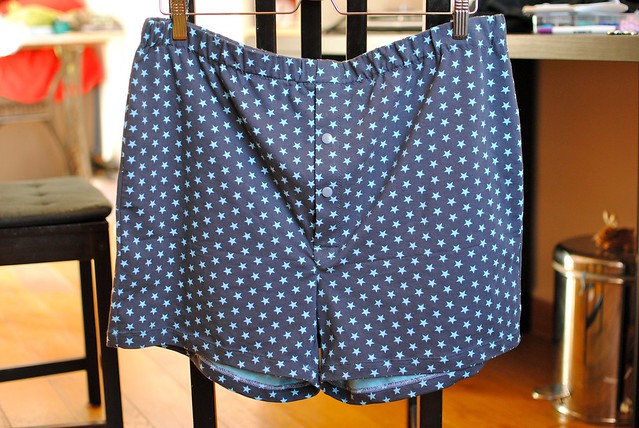 As I’ve mentioned, I used my new serger to make this. Side and inseam seams are serged. The crotch, waist and fly were sewn using a zigzag stitch, and the hem was done using a twin needle. 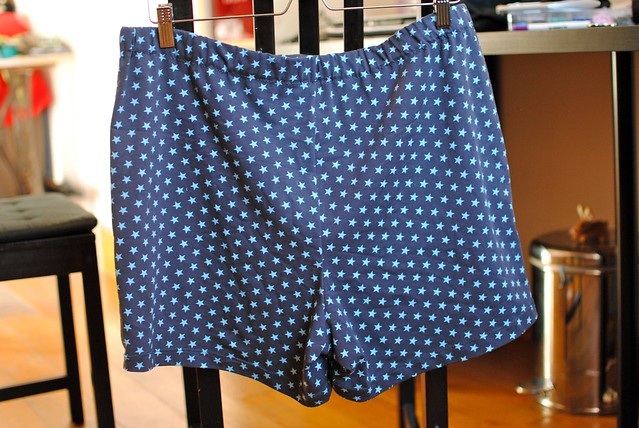 It was my first time using knit interfacing and there’s nothing special to say about it. It just works as expected. 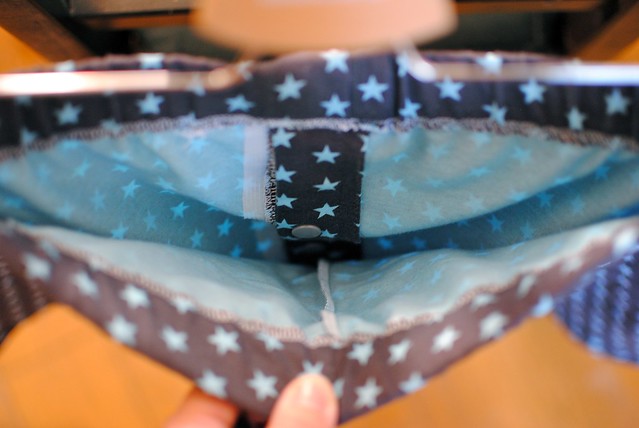 My serger behaved quite well, but my sewing machine gave me the usual little issues when sewing knits (fabric jammed under the walking foot, tiny stitches, etc). I’d like to own a cover stitch machine one day but serging the edge and then sewing it with the twin needle gives a very neat finish. 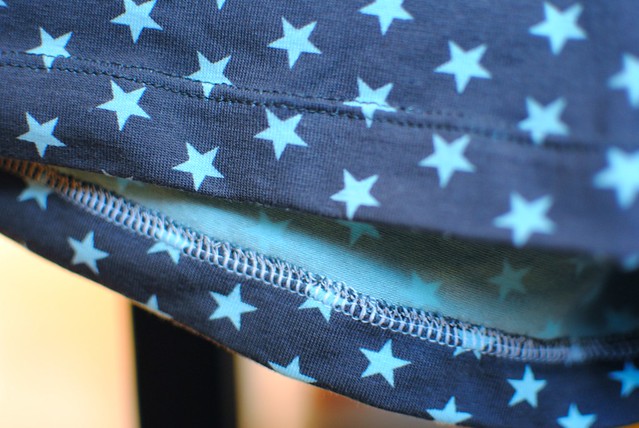 I would like to say that the construction of these was smooth but, alas, it wasn’t. I was stuck for a complete day on the crotch part, unable to wrap my head around it. I pulled some of Koen’s trunks from the drawer just to inspect crotches and flies, crotches and flies. 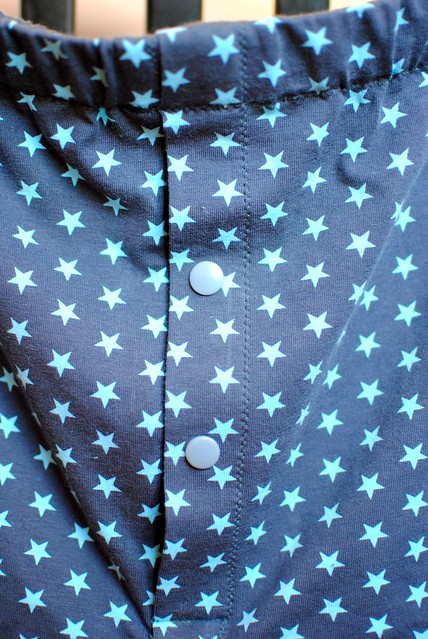 The secret was adding an extra facing that I drafted using the original pattern. I get that Lekala won’t include facings, but this piece was not even mentioned in the pattern instructions. Latter I found an old pair of Koen’s trunks without this facing, but I was not convinced by the lack of structure, so I was happy I’ve added it. When sewing this I was not 100% happy with the zigzag. It always gives me a dodgy feeling, but I didn’t want to use a straight stitch on the fly just in case it could rip with the use. Seeing it now doesn’t bother me so much. 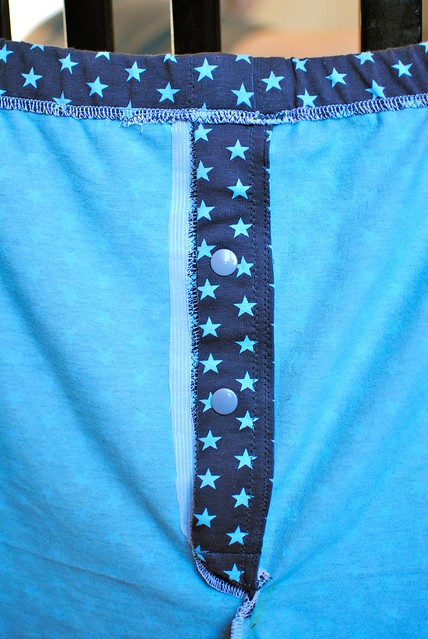 The pattern instructs you to add buttons, but I didn’t want an extra fight with my button foot, my machine and this knit fabric, so I added two snaps. Fast, efficient and painless.

When Koen tried them for the first time, he said that they pulled a bit on the crotch area. It didn’t surprise me, since I fought quite a while over there and who knows if I messed it up; but he’s wearing them today and he mentioned that he finds them very comfortable, to the point that he forgot he was wearing them. I think that counts as a win, don’t you think? Gerry apparently likes them too. 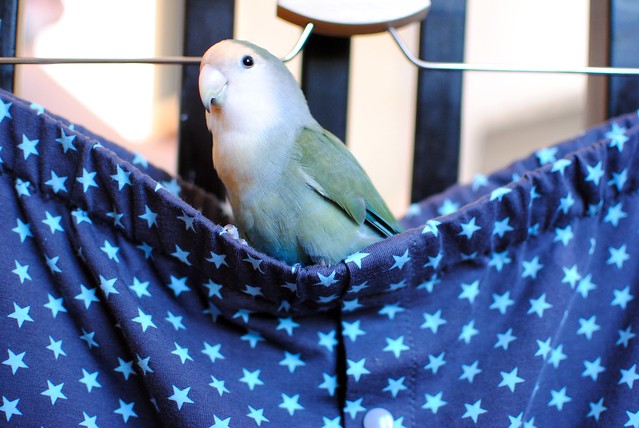 I would like to add that I purchased this pattern according to Koen’s measurements and without seam allowance. Adding one costs some little extra money, but could be worth it if you don’t especially like tracing. I think I’ll do that next time and see how it goes.

As this pattern was also published in Craftsy, I’ve added my project there. I swear the pattern was there yesterday, but today it’s gone. Weird.