I wrote this post yesterday, but it somehow disappeared. WordPress, why are you doing this to me?

I finished Extant some days ago and it left me a bit meh. It was at times predictable and I was not convinced by some of the actors. I’m a sucker for Sci-Fi anyway, so I watched till the end. When I finished it I needed another TV show to fill in all those knitting hours, especially now that my sewing machine is being repaired. And I found The 100. I’ve read very good reviews about it so I was impatient to start watching it. 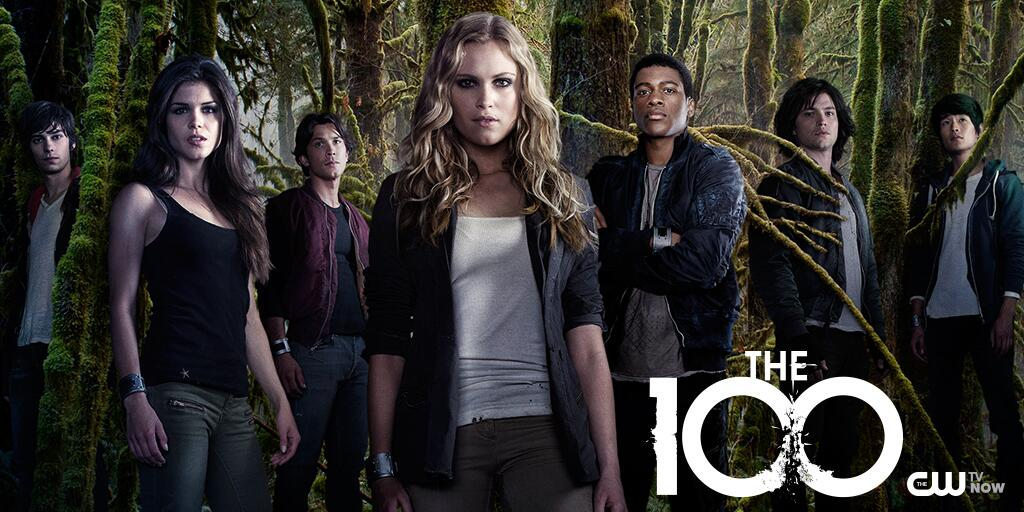 In the future a nuclear disaster exiles the few survivors left to a space station. The resources are limited, so every infraction of the law is punished with death (they call it people being floated). In the case of minors, they are imprisoned until the age of 18 (then floated). 97 years after the nuclear disaster, a malfunction in the oxygen system is discovered and the 100 prisoners are sent to Earth to see it it could be survivable. It’s still 100 years too early according to the predictions, but the oxygen reserves are running low. Don’t worry, I’m not telling you any spoilers here, these are just the premises.

I love Sci-Fi, and I enjoy some dystopia from time to time, but this seems to me sometimes a crossover between Lost (the good part) and Lord of the Flies. I didn’t like this book. I just believe in people, and watching/reading how a group start to behave like savages, enjoy cruelty, and try to kill each other is not how I like to spend my free time. I believe in the good in everybody, and somebody trying to demonstrate that we all are savages at heart really discourages me (this sounded much better in the previous version, sigh). The rhythm of the show is slow sometimes, and it doesn’t seem to feed my curiosity at a good pace (I’m so impatient), but I’ve decided to give it a go and see where it takes me.

The aesthetic reminds me a tiny little bit of Revolution. Now, those premises were good, but the execution was faulty and I didn’t go beyond the second episode.

And you? What are you watching? How do you make those knitting rows seem shorter?